For years now I've not bothered buying a satnav because maps on my iPhone has been good enough… sometimes a bit dodgy (once taking a route more fitted for a mountain bike) but generally serviceable.

Taking a trip from Manchester to Kettering this weekend with only my iPhone on iOS6 and the missus' on iOS5 was eye opening. Also, bleedin' awful… - 'drive around a roundabout twice in confusion' awful.

I really did give it a good go but this image sums up the difficulty faced using iOS6 maps. 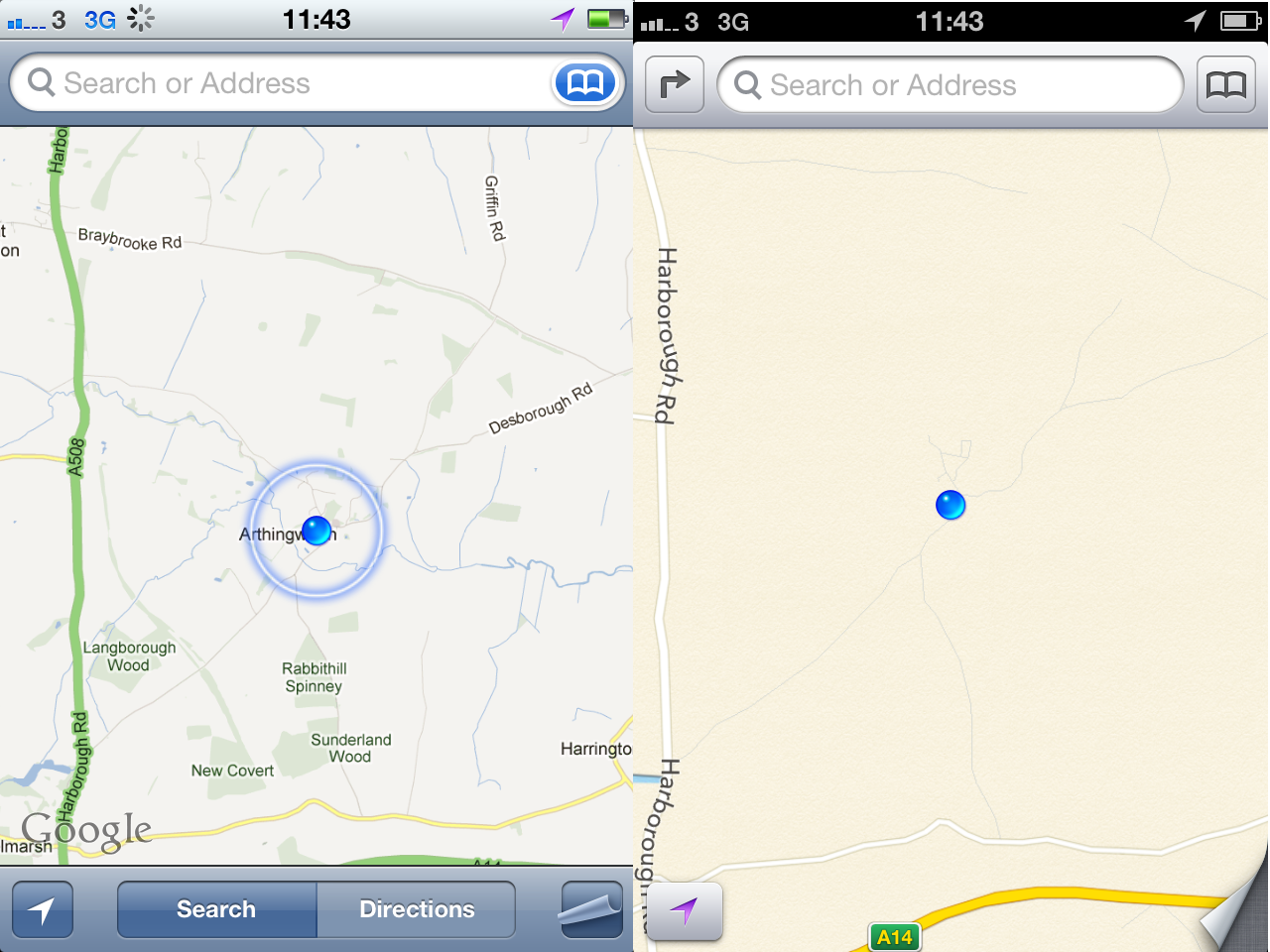 Above you can see the difference. Google's maps app on the left has natural features so you can navigate by looking at what is going on. It has contrast so tiny country roads are still visible and it has words on it so that you can… well… see what's going on.

Apple's maps app (on the right) let's me see I'm where I am… apparently a desert. And that I'm near the A14. Missing roads, very little detail and difficult to read.

On first sight I thought that iOS6 maps looked clean and fresh in comparison to Google maps and I bet a lot of people who don't really use it will never be disabused of that impression. Unfortunately it's clean and fresh because it doesn't have any stuff on it. And a map without stuff on it is a square.

This really is a dreadful setback to my one device dream.