We first drew axes on a white-board 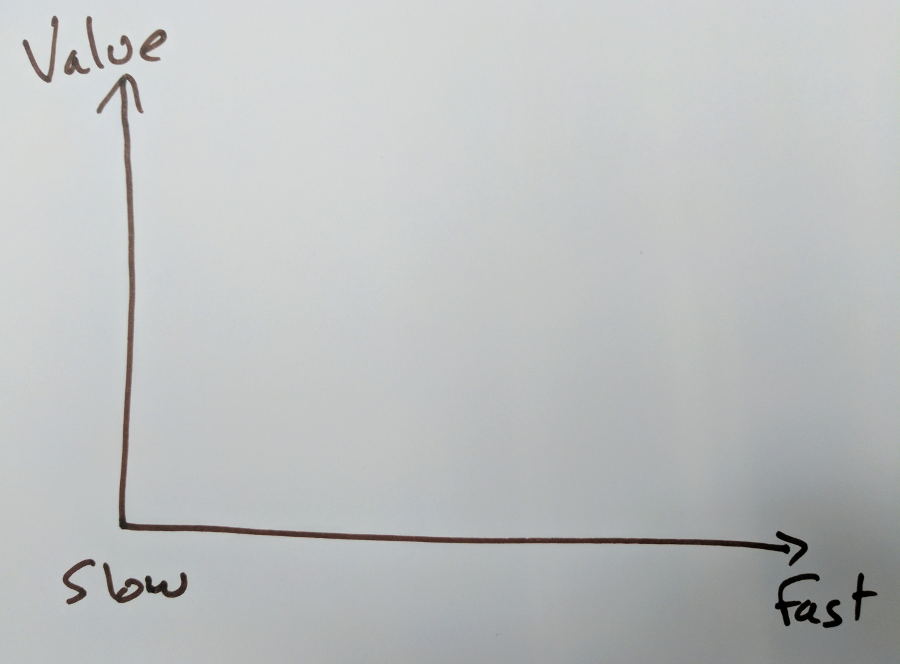 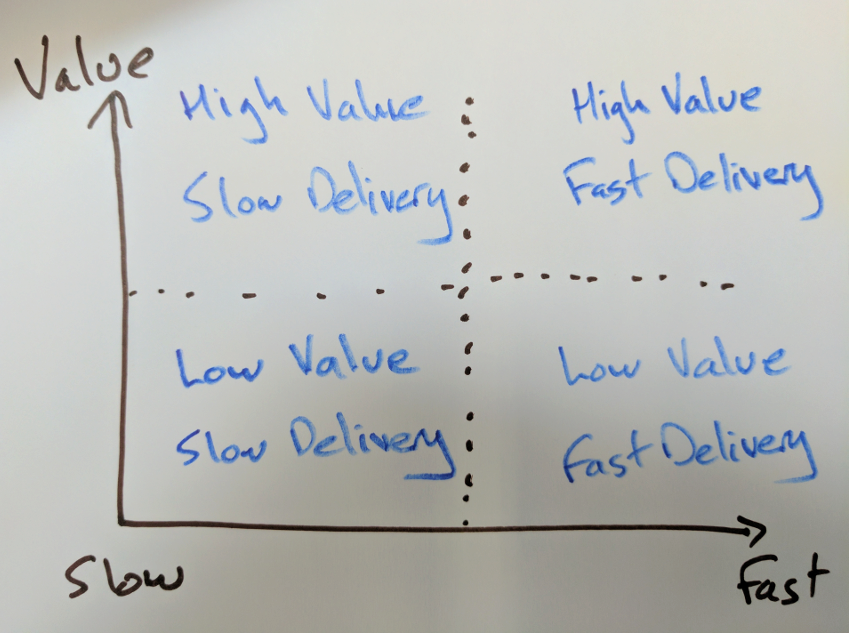 Then the whole team wrote on post-it notes what they thought our principles and practices were and put them on the board.

The faster that practice helps us move the further right the post-it goes. The more value it lets us deliver the higher it goes. 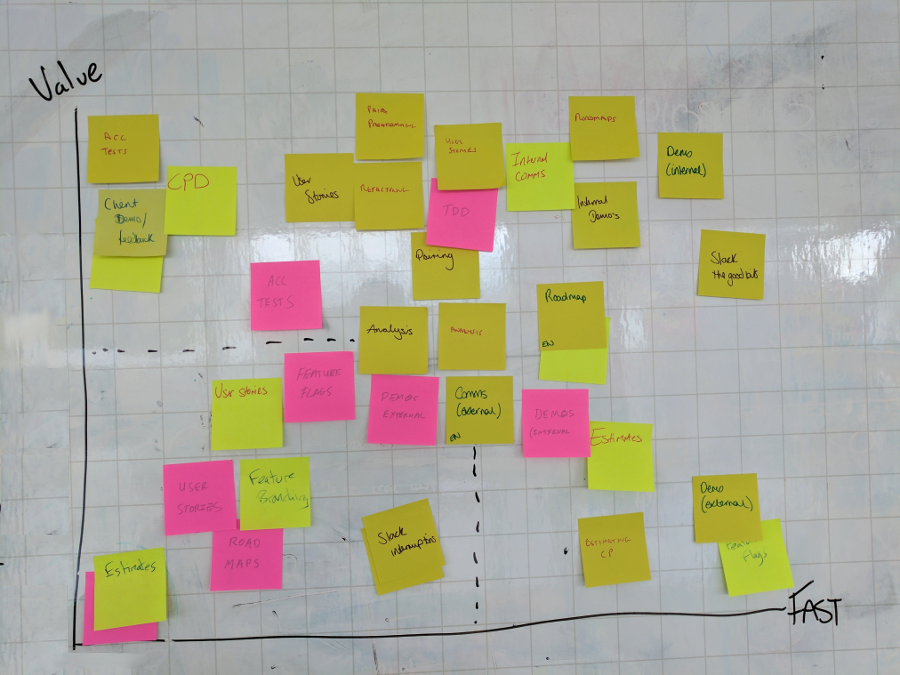 And where, when we agreed roughly on position, we needed to focus on if we could speed-up or get more value

This was a very different discussion than we would usually have. Anchored more in what we could change and how we might change it than how we feel about things… 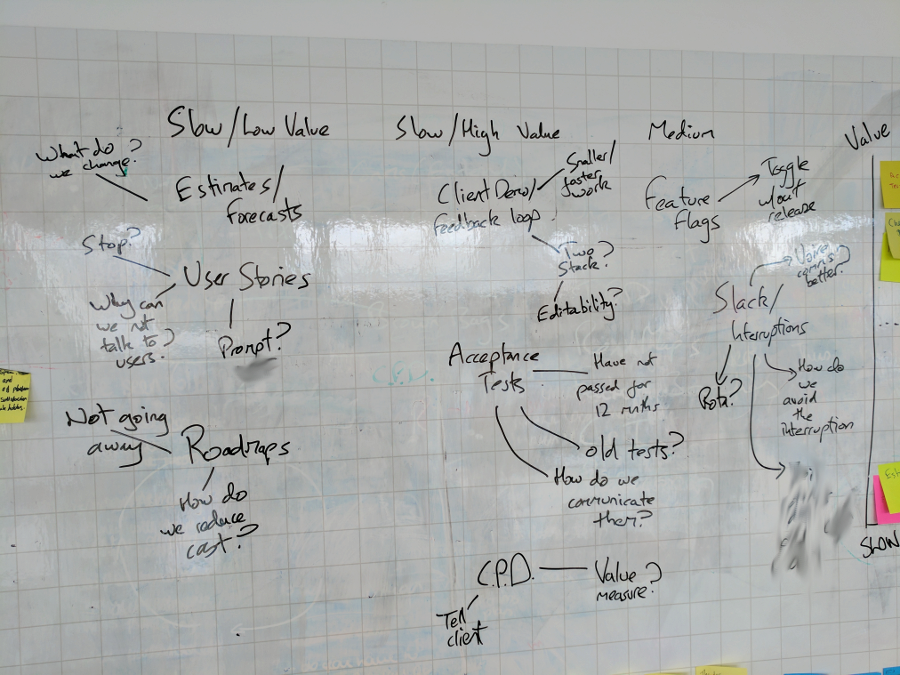 It's still important to address the team's morale and individual concerns but this list of discussion points felt more focused, as we'd hoped, on what we can change to deliver more value faster.

After a retrospective of the retrospective format the team members felt that it might have been useful to constrain the number of things we were allowed to put on the board. Or to dot vote on the items before discussing them to allow us more time to dig in to the discussion.

Why not try it and let me know if it works for you too?