We've had photovoltaic (PV) solar panels generating electricity on our roof for exactly 5 years. I've explained the impact a few times privately or on the tooter website. I'm writing it down here so that I don't have to re-remember all the details each time. And since electricity prices are in the news at the moment and it might be useful to some folks.

And that represents around 4 tonnes of CO2 "saved".

We have 11 panels on the south facing roof. 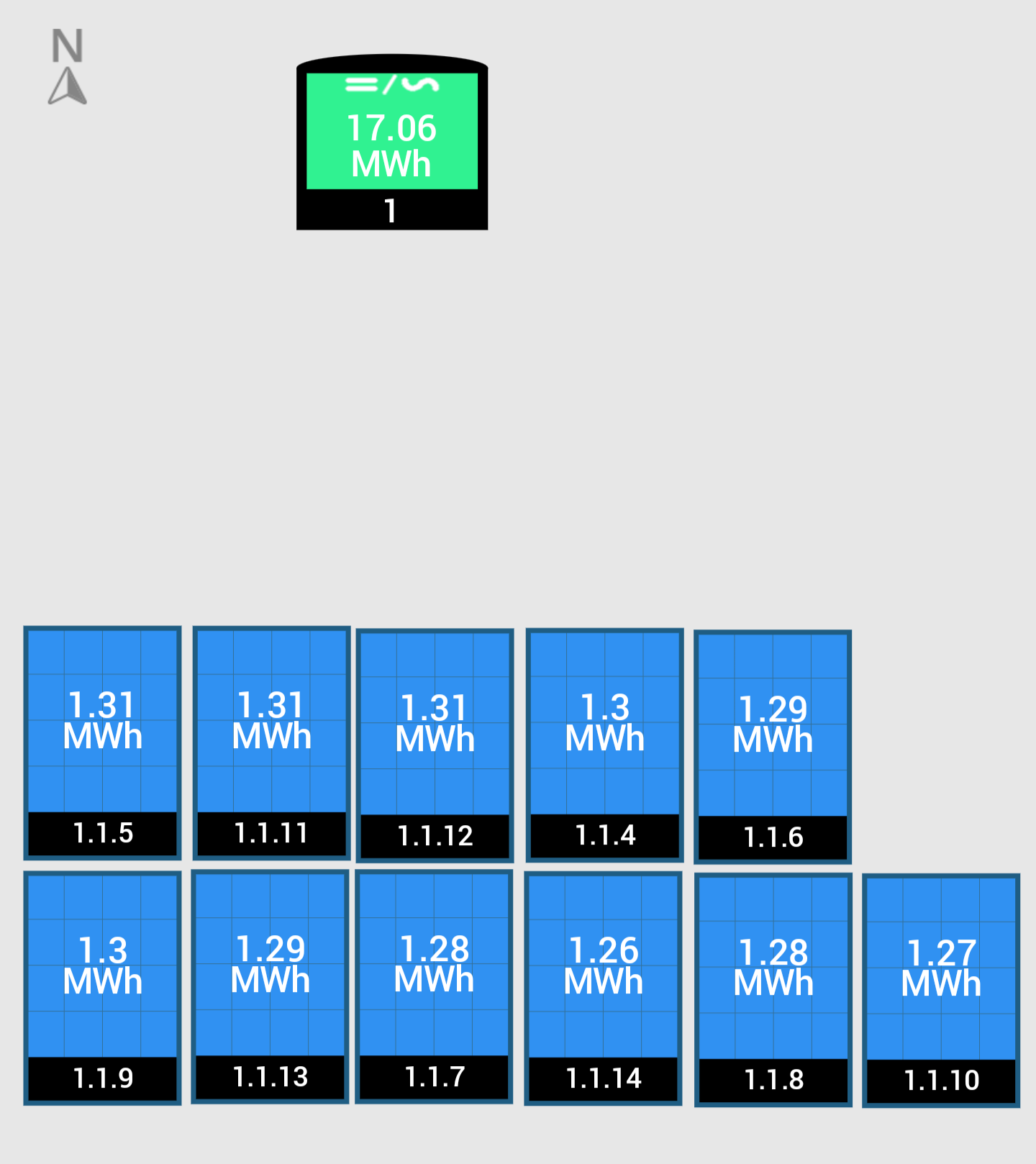 And 3 on the east facing roof. 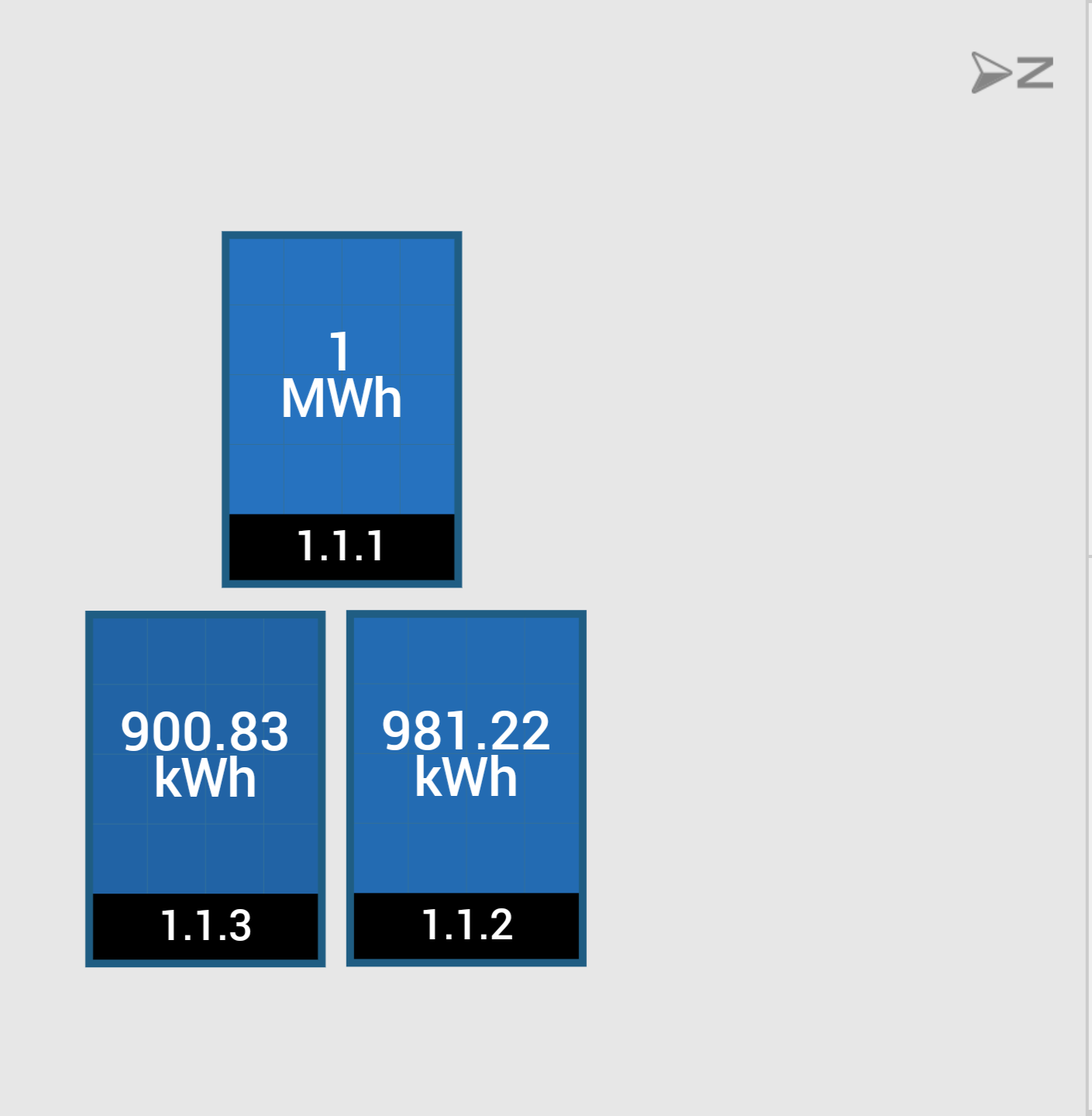 You can see the lifetime generation of each panel in those images. The south-facing panels have each generated around 1.3MWh and the east-facing panels around 1MWh.

There is an inverter in the attic and a generation meter alongside our gas and electricity meters in the hall. The inverter from SolarEdge emits some metrics over wi-fi and we have an app that lets us see them.

Solar Energy sales people behaved horribly. It was like the worst experience of buying a car. We were lucky that we found "Just Energy Solutions" who seemed trustworthy and had soft-touch sales. They drove up from Bristol and completed the installation in a day. I would happily recommend them but they aren't trading any more.

We did lose some data when I changed my wifi network and forgot about the metrics for a few weeks. So we've generated an unknown amount more than 17.06MWh. You can see the drop in Q3 2019 below. Which suggests we've actually generated closer to 17.5MWh.

We don't have a battery. So we do still draw from the grid. Because, while we generate almost as much as we use, we don't always generate electricity when we are using it. :)

A battery was at least £3000 at time of installation. And this was already an expensive luxury. We chose a slightly more expensive inverter. So that we could still add a battery in future.

Since Nov 2018 (I don't have all the records available online and I'm too lazy to find the paper records) we've received £950.21. Naively that's an interest rate of around 4%.

Our generation meter shows 16,655KWh. So I think that represents 405KWh that have been consumed within the house before making it to the meter (or possibly that the panels metrics don't match production exactly ¯\(ツ)/¯ )

Electricity we've not had to pay for

Then there's the electricity we've used that we would have otherwise paid for. Our monitoring isn't detailed enough to know this value. Using Ofgem figures British Gas suggests our household would use 4,300kWh electricity annually.

Our usage is around 3100kWh annually. Not all of that difference will be due to the panels - we're super careful about energy use - but that's up-to £200 a year more that we're "saving".

The UK is having a terrible time of absent government and unrestrained, self-interested capitalism after an extended period of government by money-vampire. So, electricity is expected to soon be 52p/KWh. That potential 1200KWh a year less is then £600 a year.

Payback time is the time it takes for income and savings to pay for the cost of installation. Before Solar PV installation we had other work done on the roof. The payback time of that investment in the roof was… … infinity. No part of our house generated income before we got the panels.

We were in the lucky position to care more about offsetting our environmental impact than the financial return on investment.

However, based on the last five years and assuming (despite what's happening right now) that electricity prices rise with inflation then the payback time is 15-20 years.

Over the coming years prices will rise, my kids will move out (🙏), and our electricity demand will fall. So I'd expect payback to be more like 10-15 years.

But I'm not relying on it!

Would I recommend you get panels?

Having £4k to invest is a privileged position. If you have that money, a south or east facing roof, and can expect not to move house for at least 5 to 10 years. Then I think this is a fantastic way to do something positive with your money.

Insulate, insulate, insulate. Then do more insulation. You should reduce the need to heat your home as much as practically possible before doing anything else. Both for income and eco- reasons.

It is very hard to avoid angry moralising while writing about this. There is such a failure of vision about how we could build and use energy infrastructure. Leaving those most in need with the least support. All the while the shiny-faced suits-full-of-piss in government squeeze the system of every penny for their friends and family.

I really hope we can figure out how to be better.