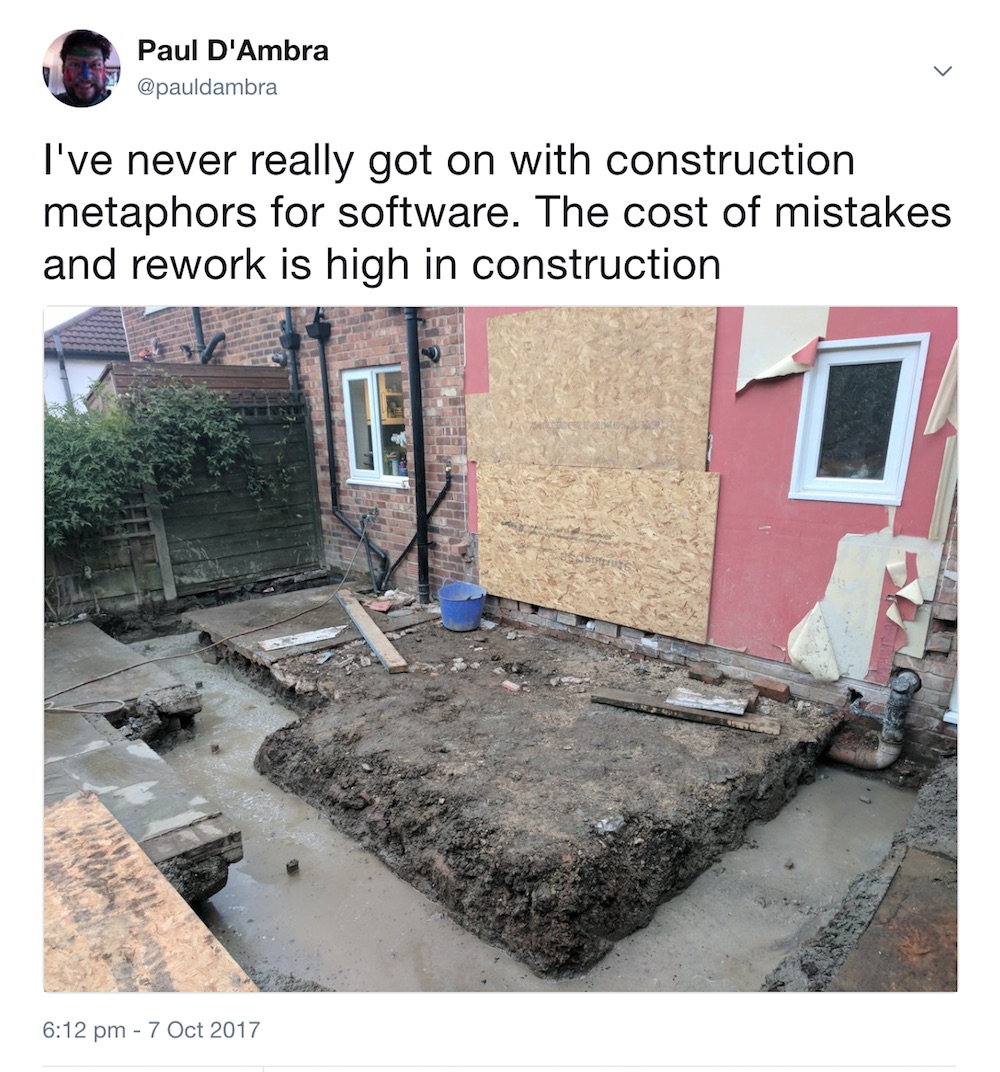 During Kevin Rutherford's guided discussion on clean code at Agile Manchester 2017 we talked briefly about whether there was a difference between 'cleaning code' and 'clean code'.

I suggested that I might expect to have to make code dirtier on the road to making it cleaner. Being of the opinion that sometimes you need to add duplication in order to see your way to removing it.

As I am a creature of bad habit I jumped immediately into tortuous metaphor.

I've spent a great first day at Agile Manchester 2017. One of the slides at a talk from Anna Dick was the stand-out point of the day for me.

AMP or Accelerated Mobile Pages is a Google-backed project that allows you to use restricted HTML to delivery static content quickly. Since AMP HTML is restricted it isn't a fit for every site.

Since this blog is published as static HTML articles it is a good candidate for publishing an AMP version. An open source AMP jekyll plugin was amended to add AMP versions of pages.

This didn't feel like a topic that justified several posts so to avoid taking too long this is a bit of a whistle-stop tour of adding AMP pages to this blog.